skip to main | skip to sidebar

When will the Penny drop?

On the road to Copenhagen will the minister fall out of her limo?

and get wise to the blindingly obvious

and on her white bicycle towards a sustainable future?

If only she could

be more than a suit among suits

snoring by the trough of business as usual

to align our standard of living

with the wisdom of the first Australians and Buddha and Christ

who the great politician Churchill saw as barely human.

If only she would stop

being clever and savvy and smart

and be a fool for Gaia.
Posted by Tim Robertson at 2:40 pm No comments: 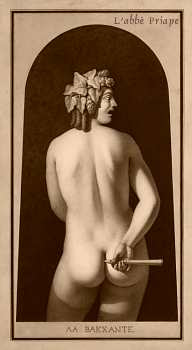 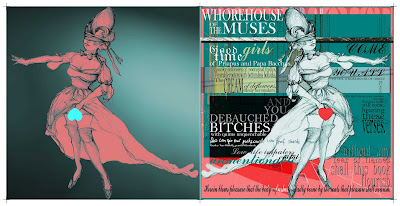 WHOREHOUSE OF THE MUSES


And you hot bitches with quims unquenchable

Who can spin porkswords into spoof shards,

Low-life impalers of the Crural Unmentionable,

Any wit who in juicy discourse rejoices

No doubt will come, upon hearing these verses.


With no fear of flames shall this book flourish:

A place of pleasure where the body refreshes,

Suffered gladly by souls that pleasure will nourish.


A sonnet extracted from Bordel des Muses ou les 9 Pucelles Putains, a collection of libertine
verse by Claude le Petit a 24 year old lawyer who, on 1st September1662 at the Place de Greve
in Paris, having had his hand cut off, was strangled and burnt for having dared to try and publish them.
The Counter Reformation was under way: “This punishment will curb the unbridled licence of the impious and the temerity of publishers”.
A single copy (from a Dutch edition) got to the (French) National Library, all French copies having been destroyed.
This Dutch reprint was stolen in 1850.
Fortunately copies had been made of it and in 1918 two hundred copies were printed.
Courtisans de Priape et du Père Bacchus,

Posted by Tim Robertson at 9:32 pm No comments:

The Trial and Last Judgment of John Winston Howard

The script as performed at the Melbourne Town Hall on August 5th 2007 can be found here.
Posted by Tim Robertson at 12:04 pm No comments:

Shall be enacted in the Melbourne Town Hall at 4pm on Sunday the 5th day of August 2007.
The soul of the said John Winston Howard now inhabiting Max Gillies, miserable sinner, being charged with: Gross Violations of Commandments 5 and 8 Inhumanity and Perfidy, Equivocation and Mendacity, Uriah Heapish Pious Fraud, Hornswaggling Hypocrisy, Tergiversating Duplicity, Tarradiddling Trickery, Humbug Guile and Sham, shall be brought before the Supreme Bean, Linda Briskman for trial.
Scenario:

A Multitude of 2000 souls ascends the Town Hall steps. Rolf Harris sings “A Stairway to Heaven” over P/A Cardboard clouds adorn the entrance to the foyer.

In the foyer Louis Armstrong sings “O When the Saints” Hip-hoppers rap for the assassination of JWH. Suppressed.

He knocks on, unlocks & opens Heaven’s Door unto the auditorium. He ushers the Multitude to their seats. Advises of by-law prohibiting harping & busking generally. Perhaps he projects Michelangelo’s Last Judgment as a seating plan. Perhaps he separates sheep from goats. Directs sheep upstairs. Goats into the stalls. Confides that goats have more fun.. Avers that God is on her mysterious way…

The Multitude seats itself.

FX: Sheep, Goats, Gnashing, Wailing, “O When the Saints” played on the organ. The stage with add-on rostra thrusts into the space with swivel chairs, tables set for Counsels and Defendant, a witness box and dock embellished in a rococo manner, all with microphones. Above, perhaps suspended from the organ loft, a projection screen.

The Defendant is called to the stand and reveals himself. Saint Rod reads the charges (see above). They are projected on the screen.

God asks the Defendant how he pleads. The defendant equivocates.

God calls the Blessed Julian Burnside to put the case for the Prosecution.

Prosecution delivers a summary statement of Howard’s sins (approx 10mins, to be written by JB, perhaps illuminated by projections)

Prosecution leads Adams to establish Howard’s subversion of Faith Hope and Charity in the nation, his negation of Peace and Goodwill throughout the world. (approx 5mins)

Defence questions the bona fides of a known purveyor of fiction. Over-ruled. God citing
the precedent of his own book.

God reproves the Defence. She calls for the accused to take the stand.

Howard is perhaps preoccupied with a mobile phone call. He moves to the box.

Howard: Er Mr Speaker er beg pardon humbly humbly, Prime Mover, your petitioner humbly prays er - that was Jeanette, by the by, she says she spoke to you this morning…

He is examined by Defence Counsel.

He is Cross-examined by the Prosecution

Defence calls 2 witnesses: HM Queen and Bush. (Compromising testimonies- 3-5mins – also to be written by His Eminence if he so consent).

Cross examination follows, improvised cut and thrust, if the Prosecution is game.

Interjections from the Multitude, led on by Righteous Demonstrators and Agents

Struggles with the Bouncers of Paradise and St Rod brandishing the Rubbery Fowl of Justice.

God: Now a bit of shoosh creatures or its outer darkness for the lot of you.

She sums up. Proposes to smite Howard and his cohorts.

She clicks her fingers and the first Chorus of Ian Dury & the Blockheads “Hit Me With Your Rhythm Stick” plays ff. Multitude claps in time The Court boogies.

Organ plays “Dies Irae”
Posted by Tim Robertson at 10:54 am No comments:

Tim Baba rises in his trad glad rags - beige djiba and a toque too big for him.

He attempts to play the Mendelsohn wedding march on alto recorder to claim attention.

In front of a projection of a massive baroque altar 12 faithful worshippers enter in an orderly fashion to offer up their sheep, goats, pets, wives & children for sacrifice.

Jesus emerges laughing from the cloud.

Thanksgivers (in Latin): Master, why are you laughing at our humblemumble of thanksgiving?

We have done what it is right to do

Jesus (in Latin): I do not laugh at you.

I laugh at your praise

I laugh at your god.

Thanksgivers (Latin) Master, are you not the son of our god?

Jesus (Latin): Fools, how do you know me?

You pray strange prayers to a stranger god.

I am the Sethian spark

Unbegotten son of the Celestial Mother

cue Benny Goodman’s Jumping at the Savoy . The faithful jitterbug. Jesus ascends a little above them.

Judas: I know who you are and where you come from.

Jesus: Judas the Judaean, our trusty treasurer – pray tell, who?

Judas: You are from the immortal realm of Barbelo. You are sent by one whose
name I am not worthy to speak…

Jesus: Step away from the others.

Judas: I am not worthy…

Jesus: Judas, I shall tell you the mysteries of the Kingdom.

For you are the key.

Beyond Jahweh is Barbelo

Lift up your eyes

Look at the light within it

And the stars surrounding it

And your star that leads the way

Beyond the shit and corruption

Creation of a malevolent demiurge

To the blessed realm

Jesus: Judas I needs must sacrifice the man that clothes me.

So you must do what must be done.

Judas: Master I saw myself in a vision

Your 12 disciples were stoning me.

Jesus: You will become the 13th

Cursed by the generations

You will come to a field of blood

And you will rule over them.

Now do it quickly.

Judas: Let there be heaven though my place is in hell.

Jesus laughs the way he does. Judas kisses him on the mouth. SWAT team enters screaming the way they do.

What are you doing here? You are a disciple of Jesus?

The SWAT team sound off 30 pieces of silver. They beat & hood Jesus then carry him off, cruciform.

When I hang from a tree

No way up for me

In a potters field

On a summers day.

Realtor: This here’s one hell of a piece of real estate.

The owner’s a potter he has to sell

His right hand lost its cunning

The left was cut off for theft

Akeldama, they call it means

But you can change that –

South face of the Hinnom

Judas swings on a rope next to the luminous trousered cloud.

Judas: I gave the money to the priests

For a burial plot for strangers

I repent and confess my sins

In the presence of Christ.

Large projected superimposed images of the crux ansata, the ankh and a wandjina figure

Posted by Tim Robertson at 11:43 am No comments:

TROG: Soul Consciousness in Frankston
Posted by Tim Robertson at 9:34 am No comments: